In 1966, the Alpamayo mountain was declared "the most beautiful mountain in the world" by the United Nations Educational, Scientific and Cultural Organization (UNESCO).

Snow melt from the Cordillera Blanca has provided Peru with its year-round water supplies, while 80% of Peru's power comes from hydroelectricity. With global warming, the area of permanent ice pack shrank by about a third between the 1970s and 2006 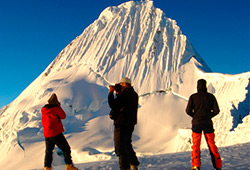 Alpamayo considered as the most beatiful mountain in the world, due to its Pyramidal shape and its dead ice (hard Ice), and requires technical skils, climbing experiences. 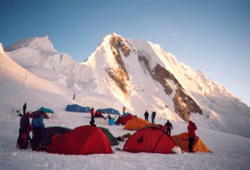 Cordillera Blanca is the world's highest and most glaciated tropical mountain range, where climbers find a variety of peaks and routes in all difficulty levels. 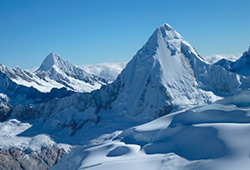 Artesonraju is often considered to be the mountain featured in Paramount Pictures's logo and presentation spots: "the mountain that everyone knows except for its name". 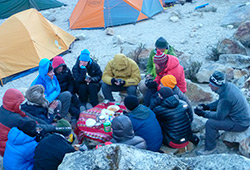 Pisco is a Mountain very easy to climbing, this mountain isn't technical but is very nice to get the first experience and to get the esplendid views to mountains Chacraraju, Huayndoy mountains, Chopicalqui, Artesonraju, Huascaran mountains and others. 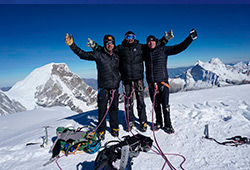 chopicalqui is the fourth highest mountain in the cordillera blanca located between the huascaran sur and contrahierbas mountains. 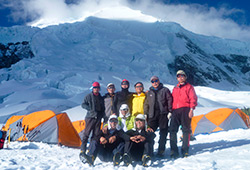 Huascaran is highst montain in the Cordillera Blanca Peru, most climbed after the Himalayas, to climb this mountain requires an aclimatizing, just climbing some small mountains, to succed the summit. 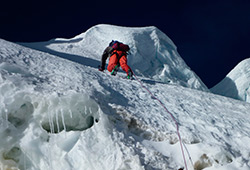 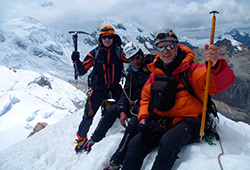 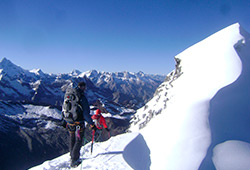 Maparaju is a nice and small mountain to get a good aclimatization and to get views, that mountains is very easy to climb but is not technical. 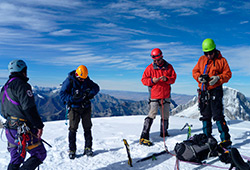 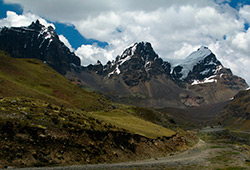 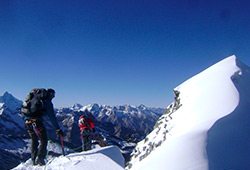 It is located in the Cordillera Blanca Llaca valley it is visible from the center of Huaraz,and because of its proximity to Huaraz and relatively lower altitude. 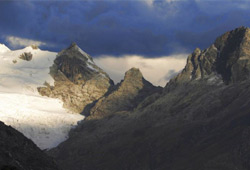 Yanapaccha is located near the head of Quebrada LLanganuco, not far from Pisco and Chacraraju. The name Yanapaccha means “black waterfall” in Quechua, although the usual west face route is anything but black. 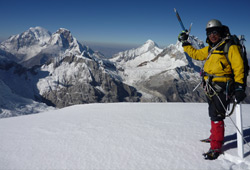 Nevado Copa , Copa peak is located in the Cordillera Blanca within of the Huascaran National Park, Copa Mount beautiful famous and attractive mountain of 6,188m. 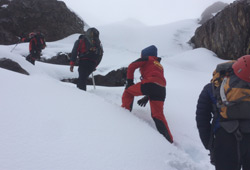 Mateo Mountain Climb 5190m. Located in the Cordillera Blanca - within contrahierbas group. probably one of the most easiest summit only in one full day. 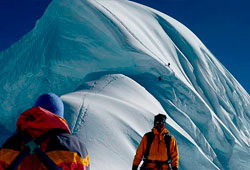 The main objectives are climbing Pisco west (5752m.) and Chopicalqui (6354m.) both mountains are in the Llanganuco Valley, Cordillera Blanca. 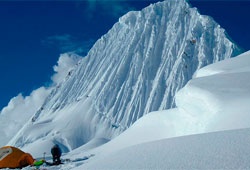 Alpamayo at 5947m. One of the most beautiful Mountain in the world and Huascaran at 6768m. The highest tropical mountain in Peru.